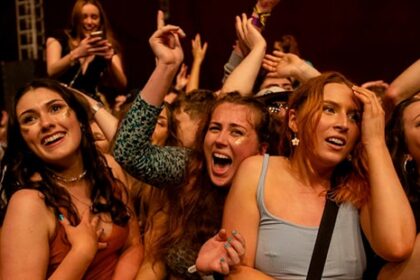 The United Kingdom joins the massive pilot concerts such as Love of Lesbian at the Palau Sant Jordi in Barcelona last March and even goes further.

A crowd of 5,000 people could sing and dance without a mask (unlike the pioneering performance of the Catalan group for the same number of spectators) or distance during a music festival organized on Sunday in the north of England, during the first concert-test authorized after confinement.

The event took place in Liverpool’s Sefton Park, as part of a government project to test the security measures it plans to implement from June 21, when the essential restrictions against the coronavirus will be lifted. Artists such as Zuzu and Blossoms, among others, performed at the event.

The British Government had previously authorized a limited number of fans to attend sporting events, such as a football match at Wembley Stadium in London. Researchers evaluate various approaches to ventilation and distancing.

All participants in this festival, which lasted for two days, had to undergo an antigenic test before entering the venue, and take another test afterwards.

They also had to leave their coordinates to apply a tracking device in case of a positive test.