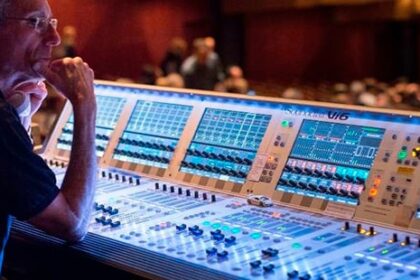 The Government wants to reform the Statute of Artists throughout 2022. This will change the labor framework of all those who work in this world, from actors to technicians, monitoring and sanctioning companies that hire alleged false freelancers.

The use of the figure of the false self-employed in the culture sector could have its days numbered. The Government proposes in the reform of the Statute of the Artist, which will study throughout 2022, the delimitation of labor contracts with the aim of preventing the “proliferation” of this Social Security fraud. The measure has been greeted with caution by the industry. Culture companies, many of them small businesses, consider that before being sanctioned for having this type of labor relationship, a legal framework should be established that allows them to contract with the roaming and casuistry that their activity requires

During a round after the second meeting of the Interministerial Commission for the development of the Statute of the Artist, the Minister of Culture and Sports, Miquel Iceta, explained that the objective of the Commission is to adapt the different regulations of Social Security, Labor or Education to the cultural world. “They have a general and universal character and it is time to legislate that specificity that is culture,” said Iceta. In this sense, and with regard to the labor framework, what is proposed is not only to regulate the contracts of artists, but of all technical professions that intervene in the development of a cultural activity such as sound technicians, lighting, graphic arts, scriptwriters and many other professionals.

According to the Second Vice President and Minister of Labor and Social Economy, Yolanda Díaz, the modification of labor legislation is contemplated to also affect “technical professions whose work regime is subject to the same characteristics of intermittence and temporality as artists, that require a unique treatment. We are talking about hundreds of professional categories”. Díaz expressed his intention with this labor modification to fight against false self-employed fraud: “We intend to establish a clear delimitation to avoid the proliferation of false self-employed workers and improve the concept of employer, for the purposes of the special employment relationship, expressing mention of the role of Public Administrations in hiring artists ”.

Are there many false freelancers in the culture?

The Statute of the Artist will establish when a company or a public entity can hire a freelancer or not. Or rather, when a cultural professional, be it the singer or the sound technician, must be hired as a salaried worker, rather than as a self-employed worker. This is a limitation of the activity of companies in the culture sector that completely changes the modus operandi of these activities.

As recognized by some of the activities with which this digital newspaper has contacted – among which are scriptwriters and technical professionals – in the entertainment sector, the figure of the self-employed is widely used. And in some cases it has been misused, either due to abuse by the contracting entity or due to ignorance of the labor regulations itself. To the point that hiring fake freelancers is common.

However, and although they are expectant about the reform of the Statute of Artists, they point out that each activity within the sector presents its own singularities and for this reason they fear the possible modifications that may be made.

Culture companies are already being sanctioned for having false freelancers

Although the use of the hiring of self-employed or alleged false self-employed in the culture sector has not yet been delimited, the Labor and Social Security Inspectorate is acting on entertainment companies and is sanctioning. According to the president of the Federation of the Audiovisual Industry and Events (FIAVE), Pere Albiñara, there have been a series of Inspection actions in technical companies, audiovisual assemblies, sound, lighting, equipment rental and other activities relations with the production of cultural activities and “there are already 13 activities inspected and sanctioned. In most cases, there is a fine for having false freelancers hired. With which, part of the agreement reached with the Administration consists in employing them as employed workers “.

Albiñara assured that the inspections in the sector will continue, both in Catalonia and in the rest of the autonomous communities, which means that cultural companies, many of them small businesses, will not be able to continue hiring freelancers due to interpretation of the labor and non-commercial relationship made by the Inspection. “The problem with this is that the way of working that we have always had is based on hiring freelancers, because there is no employment contract that meets our needs for time and hours. It is something that is done in Catalonia, Madrid, Valencia or in any other part of Spain. Even at the European level, ”he said.

It is also something that is done this way due to the level of specialty that the external professionals they hire have. According to him, he explained, while for the Administration the hiring of, for example, a sound technician is uniform, it is useful for all types of jobs and, therefore, it requires their employment relationship, for companies of culture it is not. “Because we require and hire true specialists for very specific things. For example, a sound technician may specialize in controlling equipment on tours of Olympic stadiums, or in controlling talks given in a hotel, or at concerts. One thing has nothing to do with the other. The companies have gone looking for the specialist that interested them, according to the act they were going to do, and that is why they have always hired freelancers”.

But now, as the action of the Inspection has made clear, companies cannot work in that way, that is, presumably hiring false freelancers. “With the obligation to employ technical employees, costs have risen and many activities that have tenders or tenders won for a concert, a party or a show will not be able to comply with it” lamented the expert.

The president of FIAVE defends that this has always been done in the world of culture, by hiring freelancers, because there is no legal framework capable of adapting to the employability characteristics required by entertainment companies. “Culture companies have a stable workforce that can be one or two people during the week, but then there may be a weekend that we need 3 people or 20. That is why we resort to that external hiring. But when you have to register a person as an employee, they must comply with a bureaucratic process that is almost impossible to assume, because we also work with very little notice, ”said Pere Albiñara.

Albiñara assured that, according to his experience, the technicians do not want to stop being autonomous, or, supposedly false autonomous. “As a result of the inspection, there have been cases where the companies have hired the lighting or sound technician as a salaried worker and he did not want to. They say that it is better for them to be autonomous, because they ensure a linear price and not for days, they have their clientele and in the event of a pandemic, they will be protected by the price they have been making, “he said.

In his opinion, the sector’s problem lies in a ‘legal vacuum’ in the hiring of cultural professionals, of which many entities, due to ignorance or abuse, have ended up making use of the figure of the false self-employed. “Many have found out that they were committing a fraud with the hiring of a self-employed TRADE (Economically Dependent Self-Employed Worker) when the inspection came […] It is also true that there are entities that have abused their position and have placed a fixed price for the performance of an activity, without the possibility of negotiating the self-employed. Or, for example, when a theater has a freelance technician, when he goes every week to do the same job”.

Albiñara defends the reform of the Statute of the Artist but above all the creation of a labor agreement for cultural professionals. “Most of us are involved in the metal agreement and you will tell me what our entertainment activity has to do with the employees of Seat or Nissan.” Through this future agreement, the hiring of personnel should be allowed in a simple, fast way so that the days required by this cultural activity can be fulfilled, he defended.

Many of the scriptwriters of television programs “are false freelancers”

Screenwriters also face the problem of false freelancers. The ALMA Writers’ Union maintains that “you often see cases of false freelancers in the sector.” Specifically, they pointed out “the hiring of scriptwriters by a platform (or by a production company for a platform) to write a series that previously would have occupied the prime time slot in which there is a dependency relationship, which is characterized by having they have to write what they are told and how they are told, and in which, however, the hiring is done on their own ”.

It is a situation that is very different from that of screenwriters who freely practice on their own writing a feature film, a series project or a television program format and that “may or may not get someone to acquire the rights to produce it. In this case, their work is legitimately autonomous ”, assured sources from the ALMA Union.

As they said, the use of the false autonomous scriptwriter occurs many times “within the Administration, on public television and radio. Sometimes directly and sometimes through producers ”.

As for what could be done to somehow correct this situation, they explained that “the limits are really set by the way in which the activity is carried out. In the case of labor work, a scriptwriter obeys the instructions of the company or the employer, and the result of his work (the script itself) does not belong to him, regardless of the copyright that corresponds to him. “

“When these elements are present, you are not working on your own (self-employed) but on someone else’s account, and many times the worker is forced to accept the hiring as a self-employed person to reduce the economic impact of social insurance on the production companies.” In other words, they are false self-employed.